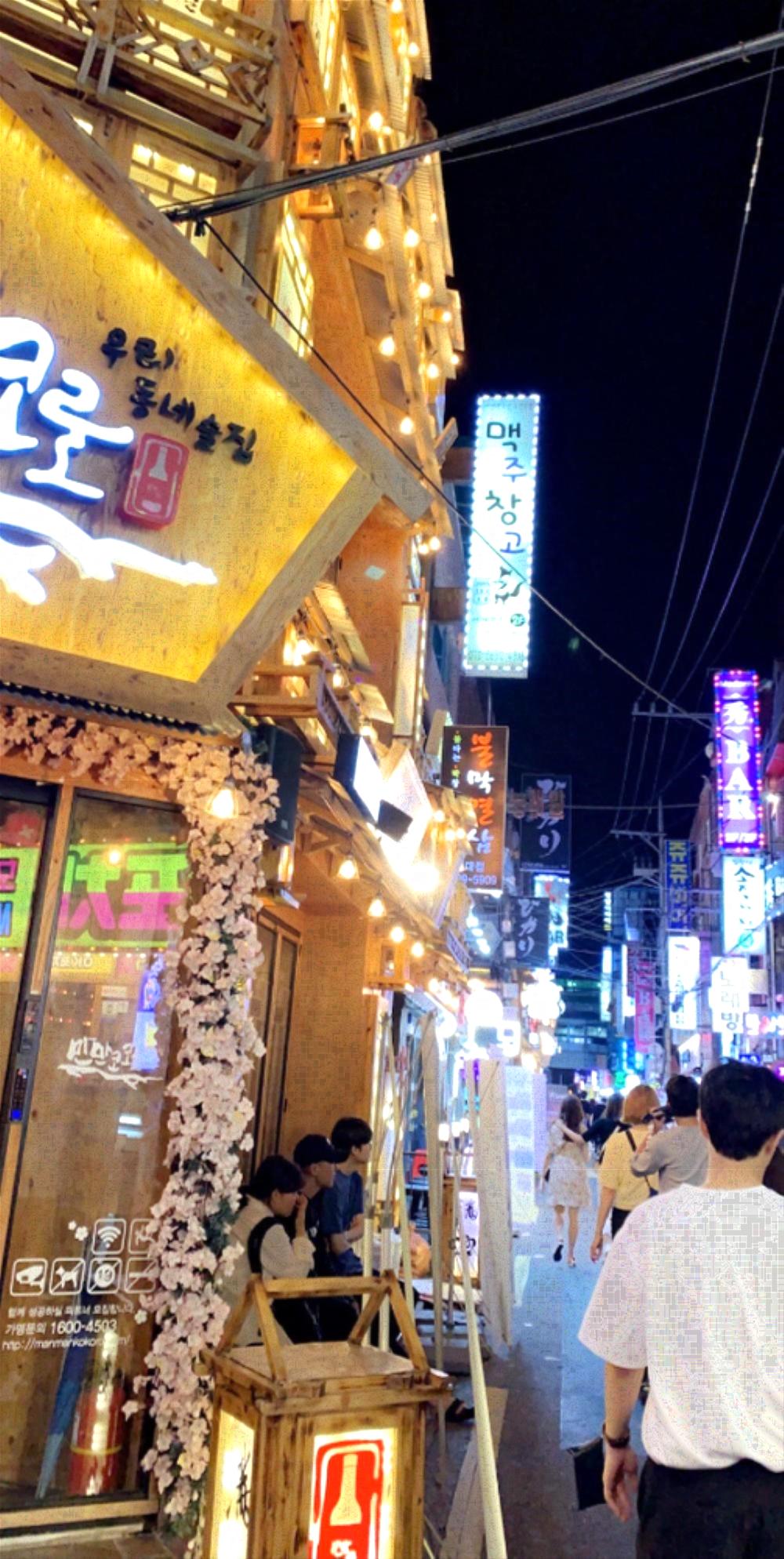 ~ First night in Korea~
My sister and I arrived in Korea at about 4:30pm on the 25th of August. When I tell you that navigating those subway lines were rough, they were rough haha. So rough, that we arrived to our hotel at around 8pm *yikes*. Getting from the airport to our room was one of the most stressful experiences for me; but what do you expect from a girl who was born and raised in the country?? Haha
But being completely honest, though, it was actually smooth sailing after that!!
We arrived to our hotel, and it was soo cute and modern! I LOVED IT!!
**Fun Fact: We later learned that parts of the K-drama, Hotel del Luna, was filmed there as well!!
[Sarai Brooks]
Later on, we ended up exploring our surroundings; accustoming ourselves to the area that we’ll, temporarily, be calling our home.
Can I just say... the night life in 건대 (Kondae) is freaking beautiful!! The vibes. The people. Everything! (Besides the occasional near- miss of passing delivery bikes and cars lol). Just walking around, that night, I knew I was going to enjoy my time here!
Just a couple words of advice:
•Don’t be afraid to venture out!! {Including your surroundings AND your comfort zone}
•Try new things!! {You’re in a different country! Try something that’s popular in their culture instead of defaulting to something you can get back home!}
•Try talking to the locals in their native language!! {Most of the time, they will enjoy the conversation and see your efforts in learning their language}
Last, but not least:
•ENJOY your time AND be SAFE!!!

My sister and I had gone to Hongdae (홍대), which is a very popular place within Seoul, for the day because we wanted to do something different. For a while, before we even went to Korea, we have always wanted to go to an animal café. It is a café that you can order food and/or drinks and play with the animals the café is based on, as well. They are very common in Korea, and have different types!  I have been to a dog and cat café before this one, but when we found out they also had raccoon cafes, we were so excited and had to go. I have always wanted to hug a raccoon because, to me, I always thought they were cute, but I obviously cannot touch one in America. I was so happy, because not only were there cute and cuddly raccoons everywhere that I got to pet, there were even cute doggies, like corgis and huskies and bulldogs, as well! I got to pick them up, hug them, and even feed them tasty treats! It was amazing. 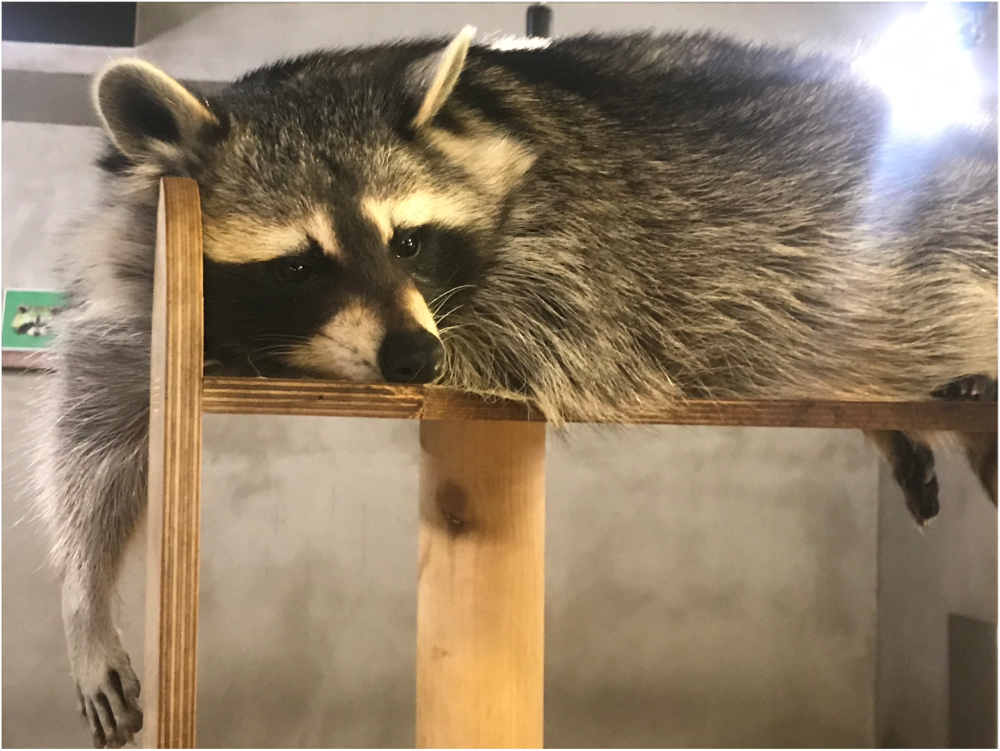 [Raccoon - South Korea]
All I have to say is, do not be afraid to try the things that the country you are visiting has to offer that yours does not. If you go home without going to places, like the cute animal cafes, it would just become something you wish you would have done. Do as much as you can, and Have fun! A few weeks after arriving in Korea, we were able to celebrate a Korean holiday called 추석 (Chuseok), which is essentially Korean Thanksgiving Day. We did not have to come to school that day, and a lot of people went back home to their families for the holidays to celebrate and do their yearly traditions, like praying and giving thanks to their ancestors, feasting and spending time with their families. As a foreigner here, I could have just sat at the dorms and watched a Netflix show, or maybe even went out to eat... but since I was new here and wanted to make the most out of our first 추석, my sister, my roommate, and I decided it would be fun to go to one of many palaces they have here in Korea. We ended up going to 경복궁 (Gyeongbokgung Palace), which is the most popular palace and well-known in Korea. There you could see so many people and family, even of different nationalities, filling up the palace and getting into the holiday spirit while wearing traditional Korean clothing, called hanbok (한복). Regardless, if the people were foreigners or not, everyone was enjoying their time, and enjoying the beauty and history of this palace. I was in awe when I first walked in. I love history and seeing a part of it was absolutely amazing.

Overall, I'd say if you are experiencing a new culture, just dive in!
~Try new things, like clothing, or traditional foods. Go out and explore! Learn things about their history and what makes them who they are today. They, oftentimes, are very grateful that you even took an interest in their culture.!
Without a doubt, I can 1000% percent say, this was the best Chuseok ever!